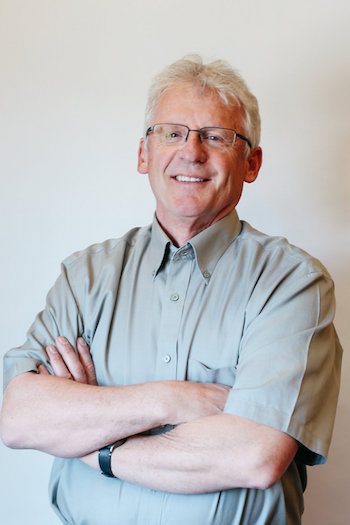 David established Edgell Building Incorporated back in 1979 as a small remodeling company in Missoula. Soon, small jobs led to bigger jobs; rigid attention to detail, innovative ideas, and an unwillingness to accept what was considered the norm, propelled David and his company to become one of Missoula’s most premier construction companies.

With David’s forward-thinking vision of creating desirable neighborhoods, the company set its’ sights not just on building houses, but focused on finishing out whole desirable communities with continuity and flow, creating a welcoming environment where people aspire to live. Hellgate Meadows is a community that showcases Missoula’s first Traditional Neighborhood design, introducing small narrow lot layouts, coupled with front porches close to the street; it’s a community that cultivates a strong family feel where residents are proud to call “home”. The Prospect neighborhood is another vibrant Edgell project that has become one of Missoula’s most sought-after communities. Under David’s leadership, Edgell Building developed many of these innovative neighborhoods in the Missoula area. Edgell offers a full-spectrum of superior quality homes in all price ranges, and also maintains its top-notch remodeling division to the current day.

Commercial construction has been a solid focus for David and his company since the early 1990’s with several projects completed including The Dearborn Condominiums. The Design-Build process has become a integral part of the business which brings the client together with the company team early in the process. This initiates a powerful partnership to mesh the clients’ overall design goals with the project, from inception to completion with a keen eye consistently on quality and budget.

David remains fully involved in the business along with his youngest son Mark.

With an ever changing landscape Edgell Building will remain diversified. Future growth is planned for design-build in residential and commercial projects. Subdivision development will also continue as land availability permits. As the company transitions, his son Mark will assume the day-to-day management.

David and his wife Sylvia have three children and nine grandchildren. The family enjoys staying active, spending time in the outdoors, fishing, golfing and enjoying many wonderful weekends at the cabin on Flathead Lake.